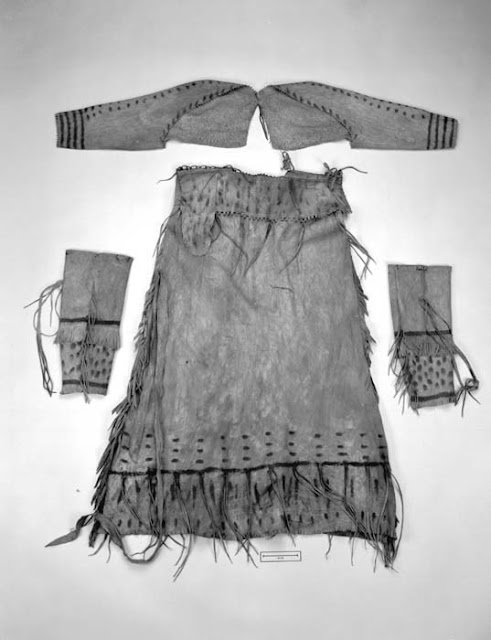 Here are some actual examples of Native American Two Hide Strap Dresses currently housed in museums.
The first shown is in the Chicago Field History Museum, the other in the Brooklyn Museum.
This was the everyday garment of most Eastern Woodland Indians, it afforded the ability to be a warm weather garment by removing the sleeves, hood and leggings, and was ready for the cold by adding sleeves, leggings and hood.
The minimal fringing allowed ease of movement through the brush and woods.
The hide dress is painted, although no information is available on what the colors are. 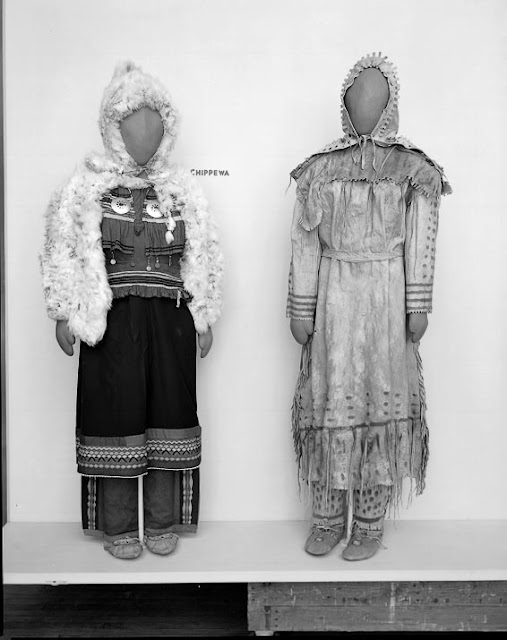 The dress features a false deer tail at the neckline that seems to also be a small storage pouch.
Note the unusual square notched fringe.
Note also the woven rabbit strip coat on the other model, as well as post contact clothing and adornments.
By the way, in case you noticed, the dress shown on the model from the Chicago Field History museum is incorrectly displayed, they show it being attached at the shoulders when in fact, it would have had straps attached and the dress suspended from them, this error has since been corrected, but new pictures have not been taken since then.
This dress was collected in Canada.
I intend to recreate this garment also in the next year. 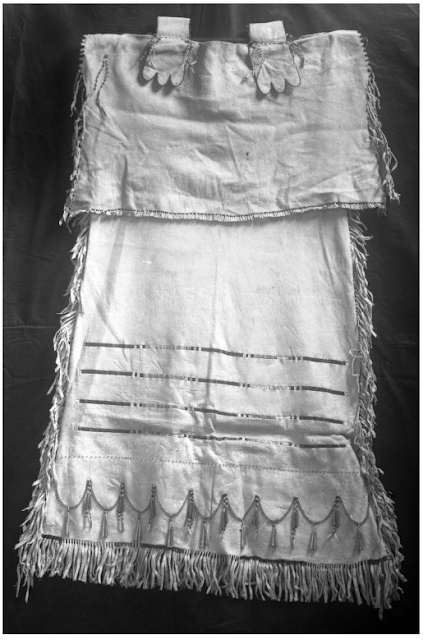 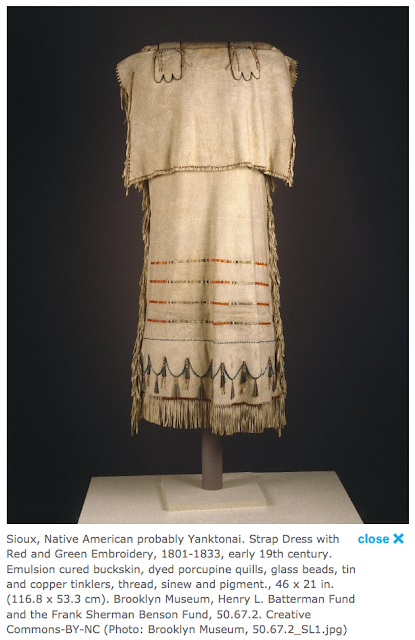