Shaping Sleeves and Waist, Adding Gussets and Fringe to Side Seams of Dress 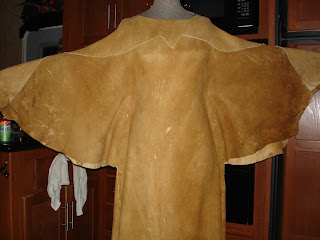 After finally making the decision to shape the dress on more traditional lines as per my visit to the Chicago Field History Museum, I marked and cut the side seams to the waist, leaving about 1" extra room for getting in and out of the dress.
I cut to just above the natural line of the waist to accommodate a belt, or "girdle" as it was sometimes described by early explorers. 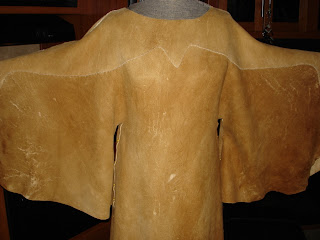