Fringing and Finishing The Dress 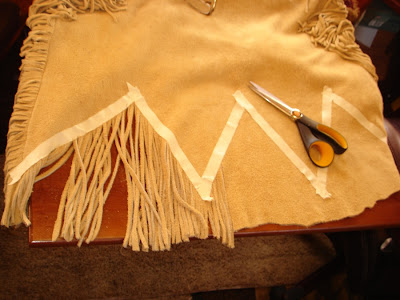 After marking the boundary edges with masking tape, I cut fringe for about three days.

Sheila really wanted the "dagget" look on the hem, so it was easily marked and added.

Later a row of shell beads will accent this hem, following the triangles. 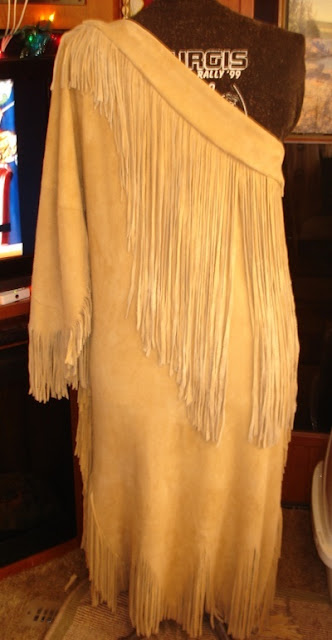 Here it is, all fringed, Sheila chose not to cut the fringe short, but leave as much of the hide intact as possible.

The upper edge was given a fold over look by tucking the fringe edge up and under.

A strap was added under the fold that wraps under the arm and crosses under the folded edge at the upper shoulder. This gives a little extra hold for the bust edge at the armpit. It can be tied, but is currently just pinned because someone needed to get out and dance.....isn't all our regalia held together with pins anyway? Be truthful now! Honestly, the most valuable person at the Powwow is a person with a pocket full of safety pins! 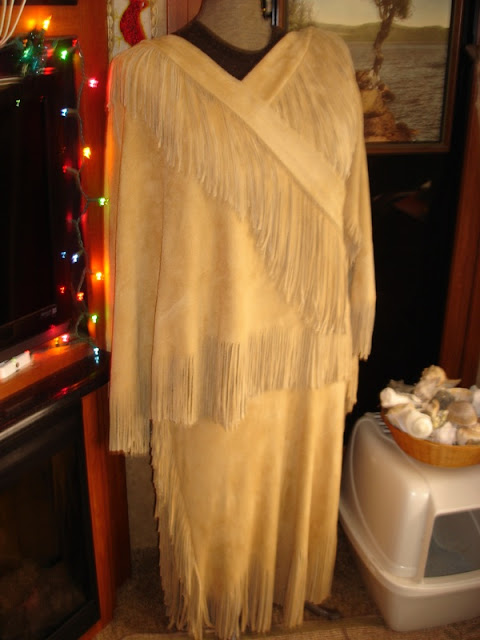 Here is the dress with the cape over one shoulder, acting as the separate sleeve.

I added another strip of fringe to the fold over edge of the cape to balance out the collar.